Daniel doubles up after conquering Querrey 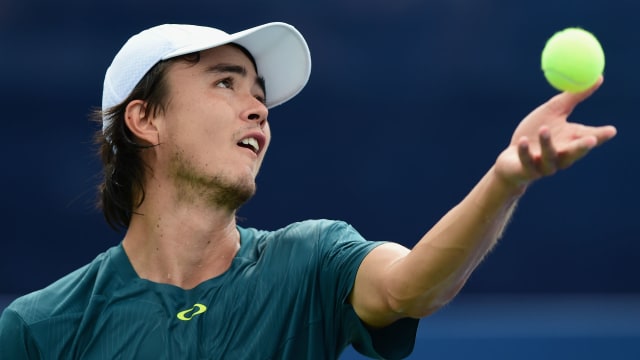 Taro Daniel caused the biggest upset at the Winston-Salem Open on Wednesday, the Japanese recovering from a set down to knock out Sam Querrey, before beating Dominik Koepfer on the same day to reach the quarter-finals.

A losing finalist when this ATP 250 event was staged in New Haven, Connecticut, in 2009, ninth seed Querrey was beaten 3-6 7-5 7-6 (7-3) in a second-round match at the outdoor hard court event in North Carolina, where rain curtailed the schedule on Tuesday, forcing some players to compete twice a day later to make up for lost time.

Carreno Busta then beat German Peter Gojowczyk in the third round, and Kyle Edmund (3) saw off Roberto Carballes Baena, both of those wins coming in straight sets.

Daniil Medvedev got the better of lucky loser Guido Andreozzi, who had beaten qualifier Radu Albot earlier in the day.

In the final match of the day, Krajinovic's earlier exertions caught up with him, as Ryan Harrison won their third-round contest 6-3 7-6 (7-4).