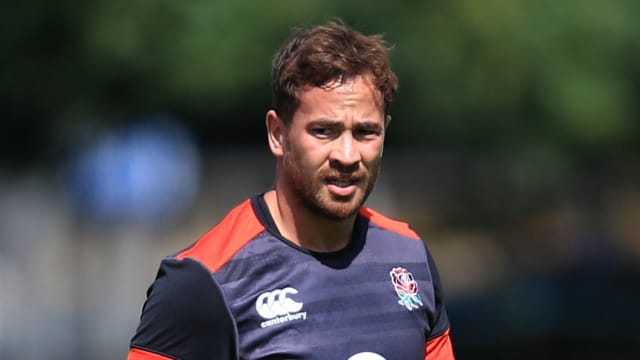 The Rugby Players' Association (RPA) believes a charge of "conduct prejudicial to the interests of the game" against Danny Cipriani should be dropped by the Rugby Football Union (RFU).

Gloucester fly-half Cipriani pleaded guilty to charges of common assault and resisting arrest following an incident outside a Jersey nightclub in the early hours of last Wednesday morning.

The England international was fined £2,000 and made to pay £250 in compensation by Jersey Magistrates Court, while his club sanctioned him a further £2,000 following the completion of their internal investigation and will make the 30-year-old undertake 10 hours of community service.

Cipriani is due to face an independent disciplinary panel to answer to the RFU charge this week, but the RPA does not see a need for the proceedings.

An official statement read: "The RPA was surprised to learn the RFU had charged Danny Cipriani with conduct prejudicial to the interests of the game, contrary to RFU Rule 5.12.

"Given that it related to an off-field, non-rugby related incident that occurred on club time, [which has] already been dealt with by the Jersey courts, we believe that it was appropriate for the matter to be dealt with by the club through its own disciplinary procedures.

"As Gloucester have now completed this process, we believe this should close the matter. We will be raising this directly with the RFU."

Meanwhile, the RFU have called Chris Ashton and Alexandru Taurus to hearings on Thursday after the duo were shown red cards during Sale Sharks' friendly against Castres last Friday.

England wing Ashton was penalised for a tip tackle on Rory Kockott in the 46th minute, while Tarus was dismissed for dangerous play in a ruck.