Danny Cipriani has been fined £2,000 by Gloucester following a disciplinary hearing to review an incident that led to his conviction on charges of common assault and resisting arrest.

The England fly-half pleaded guilty to the two charges last week following an incident outside a Jersey nightclub in the early hours of Wednesday morning.

Cipriani was fined £2,000 and made to pay £250 in compensation by Jersey Magistrates Court, while charges of larceny, assault on police and being disorderly on licensed premises were dropped. 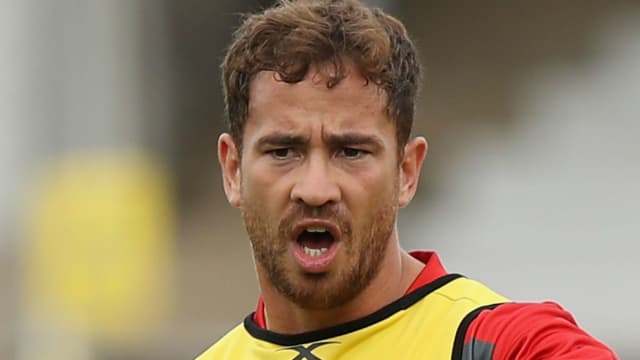 The 30-year-old still faces an RFU hearing into his conduct, but his club on Monday confirmed the action they would be taking, with the proceeds of his latest fine to be split between two charities.

Cipriani will also be required to undertake an additional 10 hours of community service.

"Having reviewed all the facts and spoken to both Danny and [captain] Willi Heinz, who witnessed the events first hand, we are in agreement with the Magistrate in Jersey that this was a minor incident," said a Gloucester spokesperson.

"While Danny is very apologetic for his actions, we do not believe he is guilty of bringing the game into disrepute and he will continue to get our full support.

"Danny has now faced disciplinary action from both the courts and his club and, with the new season about to kick off, our focus is very much on preparing for Northampton on September 1, so we will not be making any further comments on this matter."