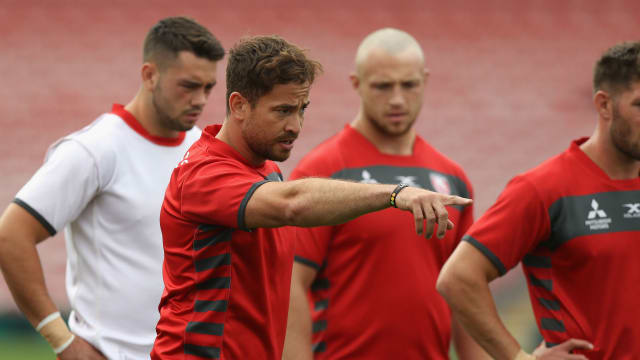 Cipriani was fined £2,000 and made to pay £250 in compensation after an incident at a Jersey nightclub in the early hours of Wednesday morning.

Gloucester subsequently offered their full support to the England international fly-half, and the club were "surprised and extremely disappointed" by the Rugby Football Union's decision to charge the 30-year-old with "conduct prejudicial to the interests of the game".

Cipriani was left out of Saturday's pre-season win over Ulster, but Ackermann insists the recent arrival from Wasps remains highly regarded by everyone at the club.

It's good to be back on the pitch! pic.twitter.com/gzpEcoBWvz

"The players are embracing him. It is unfortunate the incident happened, but it is out of line with what was reported," Ackermann told Gloucestershire Live.

"The players know his side and they back him and believe in him 100 per cent. We are totally focused on the job ahead.

"Credit to Danny, he has slotted in with the team and has put it behind him. He is a positive influence and has already contributed a lot to the team.

"He's encouraging the team even now after the boys came in the changing room after this game.

"We're very happy with how he's slotted in with the team.

"This week was brilliant because he made his friends now and people know now what expectations and pressure he's under and everyone now is closer to Danny and see him as part of the team."