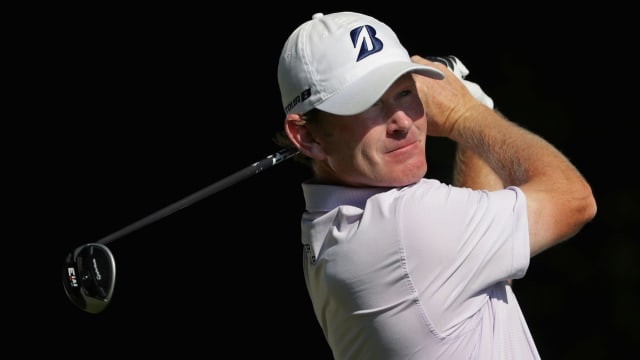 The third round of the Wyndham Championship has been postponed until Sunday.

Leader Brandt Snedeker played just seven holes on Saturday before rain wiped out the rest of the day. He holds a three-shot lead over Brian Gay at 16 under for the PGA Tour event.

Play was originally scheduled to resume at 17:15 ET, but the course remained unplayable. The third round will instead resume on Sunday at 08:00 ET.

Sergio Garcia at 11 under is among the notable players to watch as he tries to secure a spot on the European team for next month's Ryder Cup.

Play is done for the day.

Round 3 @WyndhamChamp is scheduled to resume Sunday at 8 a.m. ET. pic.twitter.com/CYEiccewma