Pochettino vows not to discuss Alderweireld future before five-minute answer 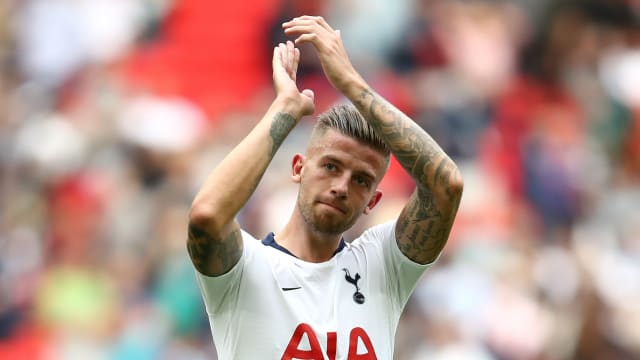 After declaring he would not talk about Toby Alderweireld's future at Tottenham, Mauricio Pochettino embarked on a five-minute answer to discuss players' commitment to their clubs in a wider context.

Belgium international Alderweireld returned to the Spurs starting line-up for Saturday's 3-1 victory over Fulham at Wembley, after an extended break following his country's third-place finish at the World Cup in Russia.

Alderweireld was heavily linked with a move to Manchester United before the closure of the Premier League's transfer window, but remains a Spurs player for the time being.

With some of Europe's top leagues - including LaLiga - set to reach their transfer deadline at the end of the month, speculation continues to mount that Alderweireld could still move on.

Three points, a great team performance and 90 mins in the bank  Not a bad afternoon at Wembley!#COYSpic.twitter.com/YNMT9zQGyE

In his post-match media conference, Pochettino was asked whether he wanted to keep hold of the defender or if a move away remained a possibility, prompting a long-winded response more than five minutes in length. Here's the (heavily) edited version...

"Look this season I am not going to talk....look, many things happened and are going to happen and happened in the past," Pochettino began.

"I told you players that have the possibility to stay here, I not talk about him, I talk about in general always. I want player commitment with the team. Players that are not happy, from my point of view, everyone can leave. Then it's different if they can negotiate with [chairman] Daniel [Levy] and be agreed.

"I am very happy with the performance."

Mauricio gives his take on today's victory over Fulham.#COYSpic.twitter.com/WlDJklnlO0

"But for me I want players who are fully committed with the team and want to fight for the team. The players that are here are all committed. Not one told me today that they wanted to find a solution. That is why I'm not going to make any comment about that situation because you know it's so...everyone can have their opinion and it's a lot of parts in different situations that can give or provide different information.

"The only information and the only truth that I can translate to our fans is myself. Today I am so open to listen to players if they want to leave. But if they are going to be here I want all commitment. If not tomorrow we can find a solution. But I told you, it's not to say 'Gaffer, you are so aggressive in your position'.

"It's a lot of things that I can say, but I promise you I'm not going to waste time talking about individual situations."