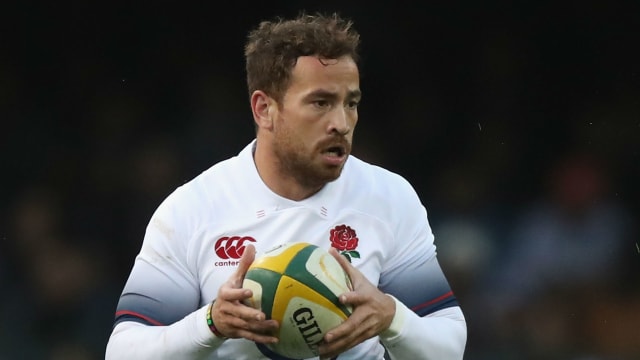 Gloucester fly-half Danny Cipriani has been charged by the Rugby Football Union (RFU) after his conviction for common assault and resisting arrest.

Cipriani on Thursday pleaded guilty to the two offences following an incident at a nightclub in Jersey in the early hours of the previous day.

The 30-year-old, who had charges of larceny, assault on police and being disorderly on licensed premises dropped at Jersey Magistrates Court, was ordered to pay a £2,000 fine and £250 in compensation.

He now faces an RFU hearing after being deemed to have displayed "conduct prejudicial to the interests of the game".

RFU head of discipline David Barnes said: "We have high standards that we expect across the game, in line with rugby's core values, from all those involved within it. I have ... taken the decision to charge Danny Cipriani."

Following his guilty plea Cipriani expressed his remorse via a statement on Twitter and later described his actions as "completely unacceptable" in an interview with The Times.

Gloucester offered their backing to the fly-half on Thursday but left him out of their squad for a pre-season friendly against Ulster on Saturday.