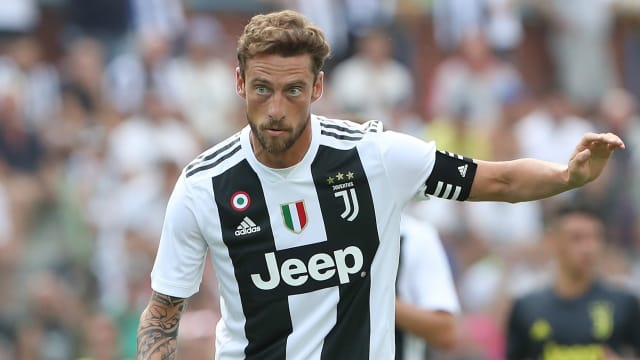 Massimiliano Allegri applauded Claudio Marchisio as an outstanding servant to Juventus following the mutual termination of his contract.

The Turin-born 32-year-old became a free agent on Friday after 389 appearances for his hometown club.

His influence has been curbed in recent seasons by a succession of injuries, including a ruptured cruciate ligament in April 2016.

MLS has been mooted as a possible destination for the former Italy midfielder, who represented his country at the World Cup in 2010 and 2014.

He leaves Juve as seven-time Scudetto winner, the last four of which have come under Allegri.

269 - Claudio #Marchisio played 269 games in Serie A for Juventus, more than any other midfielder for the Bianconeri in the last 20 top italian leagues campaigns. Icon.

In praising Marchisio, the Bianconeri boss said: "I personally have to thank Claudio because in four years with me he proved to be a great player, a great man, a great professional and an example for all the players who arrived at Juventus.

"Claudio has been at Juve for 25 years and we took this decision together with him to resolve his contract, and he will go on to have an experience elsewhere."

Marchisio appeared in 11 Serie A seasons in total, having broken into the first team during Juve's brief spell in the second tier in 2006-07.

The Gunners confirmed the English forward was leaving to link up with Juve's youth side after loan spells with Charlton Athletic and Preston North End.