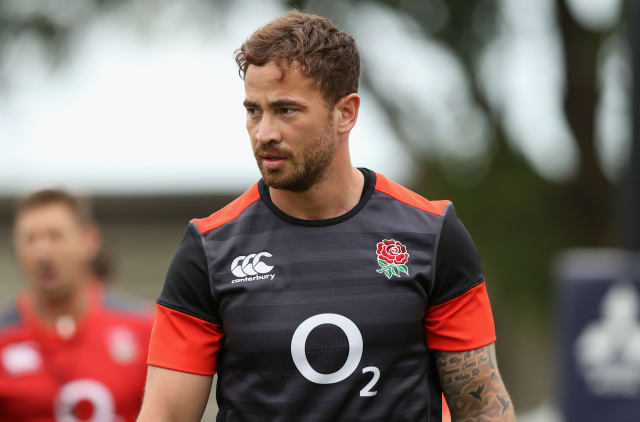 Danny Cipriani should remain a part of England's squad for their November internationals despite being fined over an incident at a Jersey nightclub, according to Sale director of rugby Steve Diamond.

Cipriani pleaded guilty to charges of common assault and resisting arrest during a hearing at Jersey Magistrates Court on Thursday and was ordered to pay a £2,000 fine and £250 in compensation.

Three further charges - assault on police, larceny and being disorderly on licensed premises - were dropped.

A "mortified" Cipriani apologised for his actions, which occurred on a pre-season tour with his new club Gloucester, but was also eager to "put on record the words of Magistrate Sarah Fitz who publicly stated that 'it was a minor incident' and 'a fine is more than sufficient'."

The former Sale back has now received the backing of his former boss at the Sharks, with Diamond stating it would be "too harsh" to end Cipriani's international career due to the controversy.

Cipriani started his country's last match against South Africa at fly-half and Diamond told BBC Radio 5live: "England need all the help they can get at the moment. Players like him are few and far between.

"I think he'll be pulled into line by [Gloucester head coach] Johan Ackerman a little bit, and told that he's not even worn the cherry and white of Gloucester yet. He just has to get his talking back on the field.

"When you employ a rugby player you know you are not employing the Pope.

"They are young lads, it's still pre-season. They have gone away on a tour and are getting what they need out of it.

"The magistrates have dealt with it quickly, he's paid his fine, apologised profusely and we move on."