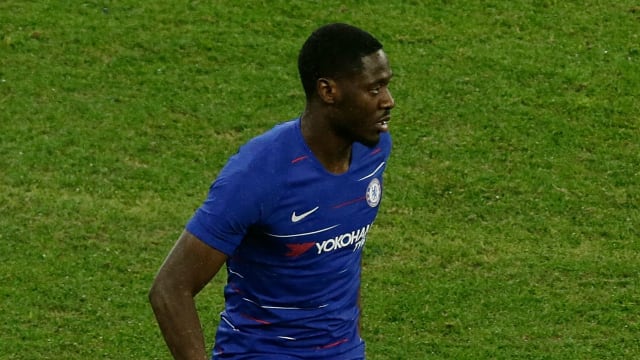 Chelsea have agreed loan deals for Nigerian defenders Kenneth Omeruo and Ola Aina, who have joined Leganes and Torino, respectively.

Centre-back Omeruo, who arrived at Stamford Bridge in 2012, has previously spent time on loan at ADO Den Haag, Middlesbrough, Alanyaspor and Kasimpasa, making 28 league appearances for the latter last season before being named in Nigeria's World Cup squad.

The 24-year-old played for the Super Eagles against Iceland and Argentina in Russia and has joined LaLiga outfit Leganes having yet to make his Chelsea debut.

Right-back Aina signed a new contract that will tie him to Chelsea until 2021 before agreeing to move to Serie A side Torino for the duration of 2018-19.

The 21-year-old made his first-team debut for Chelsea in 2016 and has made six appearances in total, but has been deemed surplus to requirements in the immediate term by head coach Maurizio Sarri.

Having won two UEFA Youth Leagues, two FA Youth Cups and the Under-21 Premier League with Chelsea, Aina spent 2017-18 on loan at Hull City, where he made 44 appearances in the Championship.