Murray unsure of US Open readiness after Cincinnati exit 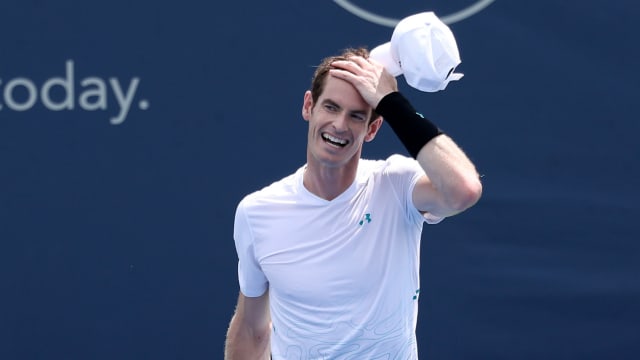 Andy Murray is unsure if he can withstand the demands of best-of-five-set matches ahead of the US Open following his shock exit from the Cincinnati Masters.

Murray, who reached the Citi Open quarter-finals before withdrawing in Washington and pulling out from last week's Rogers Cup as he continues his recovery from hip surgery, made a sloppy start and failed to recover.

Playing his fourth tournament after missing almost a year due to an ongoing hip problem, Murray tallied eight double faults and was broken four times in a rusty display.

"Today's start of the match was not good at all," the 31-year-old Brit said. "It was a pretty bad first set and then after that, you know, got a little bit better.

"I physically felt okay. It's quick conditions here. I feel like he was a little bit sharper than me out there. I maybe wasn't reacting as quickly to some shots I would have liked."

The fifth time is the charm for Lucas Pouille .

The US Open - the season's fourth and final slam - gets underway in New York on August 27.

Murray opted to skip the previous major on home soil - Wimbledon - citing his lack of readiness for best-of-five-set matches.

"I've played four three-set matches and a couple long ones in Washington, and although I didn't feel great, I managed to get through them," 2012 US Open winner Murray said via the Cincinnati Enquirer.

"Hopefully, with another couple of weeks training and, you know, I'm still quite early in this process. I think that's the seventh match I've played. Hopefully, each week [I'll] feel better and keep working on things. After Washington, I took four or five days off from the tennis court doing a lot of training, a lot of rehab.

"Hopefully, as the year goes on there'll be more opportunity for me to get a little more consistency on the practice court and the tennis court rather than just now just sort of compete, take some time away from the court to work on the physical side and then sort of build up for a few days."