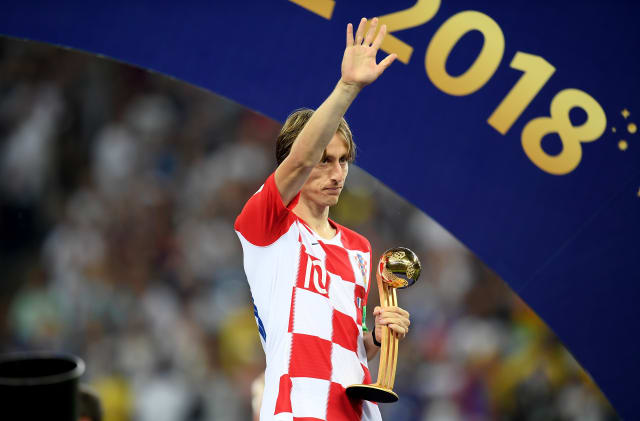 Luciano Spalletti is not desperate for the signing of Real Madrid star Luka Modric, adamant he is "very happy" with the squad he currently has at Inter.

After Modric's World Cup participation concluded with Croatia's defeat to France in the final, the Golden Ball winner became a surprise subject of speculation, with Inter reportedly making a move to bring him to San Siro.

Inter have not made their interest a secret in recent weeks and some reports have even suggested Modric was willing to listen to offers from the Serie A side.

Madrid have insisted throughout that Modric will not be leaving unless someone pays his huge EUR750million release clause, and Spalletti seems to have accepted defeat in the pursuit.

"You will have to ask the sporting director about that," Spalletti - who signed a new contract on Tuesday - told Sky Sport Italia.

"I will not say anything more with regards to the transfer market. I'm already very happy with what I have in my squad. These players are the ones I would want to have.

"I'm in the changing room with people I would have chosen even if I was playing on a computer game."