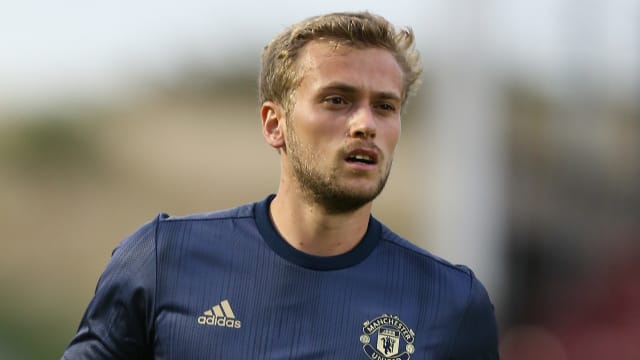 The 22-year-old has moved to Pittodrie as a replacement for Adam Rooney, who joined Salford City, the English non-league club owned by United greats Gary and Phil Neville, Ryan Giggs, Nicky Butt and Paul Scholes.

It is the fourth loan deal for Wilson since his explosive senior debut in 2014, when he scored twice for United against Hull City at Old Trafford.

He made eight appearances for Sheffield United last season, scoring once, after moving in January.

Wilson could make his debut in the Scottish League Cup clash with St Mirren on Saturday.

"I just felt coming to Aberdeen was the right decision to make."
#StandFreepic.twitter.com/ybl3ftHFlc