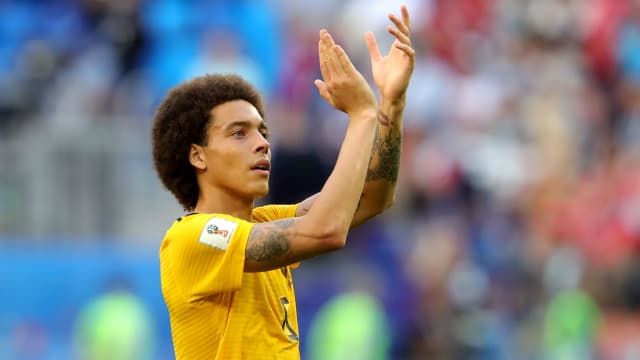 Witsel joined Dortmund from Tianjin Quanjian after an impressive World Cup campaign with Belgium, having transferred to the Chinese Super League side from Zenit in January 2017.

Ancelotti was dismissed from his role as Bayern boss in September 2017, but Witsel has revealed the Italian was keen on signing him before his tenure at the Bundesliga giants was cut short, although Tianjin Quanjian had no desire to sell the 29-year-old at the time.

"They did not call me but my former coach Fabio Cannavaro, and he then kindly and politely told Ancelotti that it was not possible", Witsel told Bild.

3 - @axelwitsel28 could become the 3rd Belgian to play for Borussia #Dortmund in the Bundesliga after @mbatshuayi (10 games - 7 goals) and Adnan Januzaj (6 - 0). Welcome. @BlackYellowpic.twitter.com/doaG78BfwP

Witsel made six appearances for Belgium as the Red Devils secured a third-placed finish in Russia.

While the former Benfica midfielder acknowledges he may be rusty after an extended break following the tournament, he is raring to go for his new club.

"I feel good, I have been training intensively during my holidays and I have been resting for three weeks, but that is not for me," he said.

"Of course I'll need one or two games before hoping to be 100 per cent."