Rahane not giving up despite India collapse 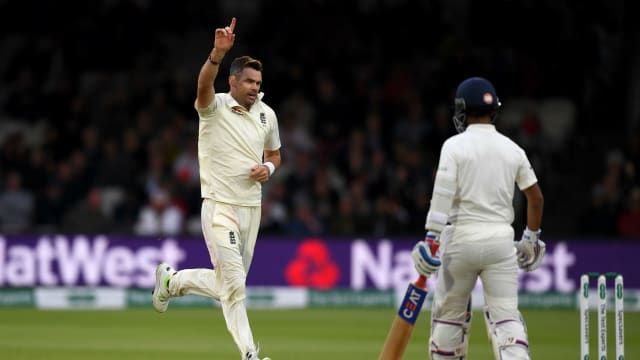 India may have toiled against England's bowlers on day two of the second Test at Lord's on Friday, but Ajinkya Rahane still believes the tourists can avoid falling 2-0 behind in the five-match series.

After the opening day was washed out, India struggled on a stop-start day in London as James Anderson led a superb display from England's seamers.

Anderson claimed 5-20 as India were skittled out for 107, a performance that seemingly left England in complete control of the match with three days to play.

However, Rahane has not given up hope of India forcing their way back into the match and the series.

"You never know, the match can still be interesting if we get them out early and bat well in the second innings," he said.

"We need to believe, belief is important.

"There's a long way to go in this match. You never know, the series can still be 1-1 at the end of this match."

It is bright and sunny at the @HomeOfCricket and we will have the third day's play starting on time. #TeamIndia#ENGvINDpic.twitter.com/sz8psFUiXR

Anderson's five-for was his sixth at Lord's and he felt England's attack made the most of favourable conditions.

"I think that if we bowled like that, with those conditions, we'd bowl most teams in the world out," he said. "Because I think we were that good.

"I think if we bowled at our batsmen, we'd have the better of them [too]. We exploit those conditions as well as anyone in the world."