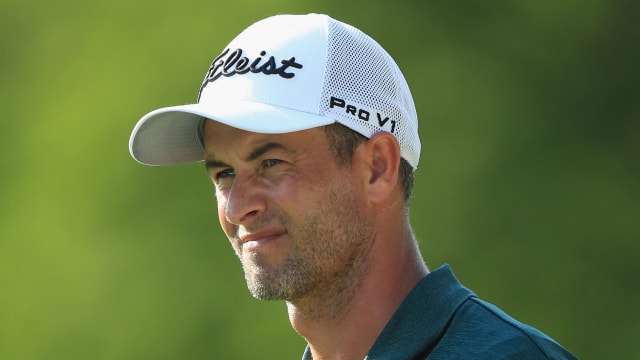 Adam Scott feels the entire field at the US PGA Championship will have the late Jarrod Lyle in their thoughts during the final round at Bellerive Country Club on Sunday.

Australian Lyle, a popular figure during his time on the PGA Tour, passed away this week after suffering from leukaemia.

And the 2013 Masters champion knows the death of his compatriot at the age of 36 has affected many of the sport's best.

Asked how he would feel about winning this week, Scott said: "I mean it would be more than twice the thrill for me, but I think no matter who wins tomorrow I think if that person has met Jarrod Lyle, then they will have felt something with him passing this week.

"It's been such a difficult thing, I think, for us to get our heads around because we have been removed from Jarrod and his family back in Australia and everything happening so suddenly last week and then this week.

"I don't even really know if we have all really had time to reflect on it and let it sink in. But I think that a part of everyone's playing for Jarrod out here this week."

Scott, who infamously gave up a four-shot lead over the final four holes to lose the 2012 Open Championship to Ernie Els, had a chance of contending in that major again last month before falling away.

And the 38-year-old hopes to fare better in Missouri on Sunday.

"I still think there's a good score out there because this is a much softer golf course than what we were facing -- it was very severe wind on Sunday at the Open Championship, out of a different direction, and on a very firm course," Scott said.

"This is much softer. There's a good score out there. However, there's the pressure of Sunday of a major as well.

"I think what I'll learn from The Open Championship is not to really put a number in mind, just go out and play and if I can hit fairways, I think I can give myself enough chances to shoot a low round tomorrow."