Koepka leads at Bellerive, Woods in the hunt 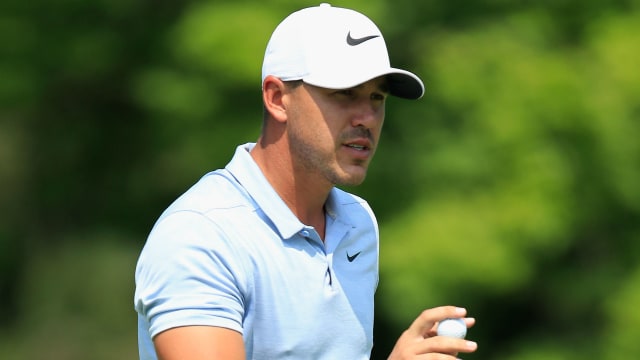 Brooks Koepka saw his lead at the US PGA Championship trimmed to three strokes after making the turn at Bellerive Country Club on Saturday.

Five birdies had seen the two-time and reigning U.S. Open winner go out in 30 to take control of the final major of the year.

But a first bogey of the day at the par-four 14th offered hope to a congested chasing pack.

Overnight leader Gary Woodland took advantage, as birdies at 12 and 14 saw him move second at nine under, three back from Koepka. He was joined there by Australian Adam Scott, the 2013 Masters champion responding to a bogey at 15 with a birdie at the par-three 16th.

Tiger Woods posted a second successive eight-under round of 66 to be part of a star-studded group tied for fourth at eight under, which also included Stewart Cink, Jon Rahm, Justin Thomas, Jason Day and Rickie Fowler.

Two more major winners in the form of Charl Schwartzel and Francesco Molinari remain in contention at tied 10th.

When you know, you know.#LiveUnderParpic.twitter.com/1HtZT0weCI