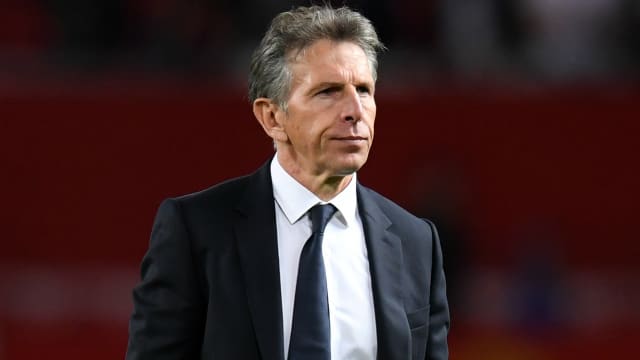 Leicester made a poor start, conceding an early penalty as Paul Pogba converted after three minutes, though Puel's side responded well and enjoyed strong spells of possession.

It was too little too late for Leicester but Puel felt his side deserved more from their trip to Manchester, where James Maddison, Ricardo Pereira and Rachid Ghezzal debuted.

"It's disappointing for the players because they gave their best," said Puel. "Of course, to concede a goal just a couple of seconds after the beginning of the game is a shame and we have to correct this.

"Our kick-off was not good enough. Our first-half was a good performance with good quality, good pressing, good play forward and a lot of chances. We needed to score in this moment, a strong period of domination in the first-half.

"We pushed and we played against a team who were deep on the pitch. Without space, it was difficult.

"We found success with good moves and good quality and perhaps in the second-half we had good energy to finish this performance for another result but I think at the end it is a disappointment. It is not, for me, a fair result."

It wasn't to be for #lcfc on the opening day but plenty of positives to take. #MunLeipic.twitter.com/Rf4tPXJvgy

"We dominated this game with good play and a lot of chances. With a lot of free-kicks and set pieces, we can do a lot better with these situations," Puel continued.

"Sometimes we were unlucky with the possibilities to score in different moves. I'm happy about the performance but it would have been better to win or draw for our fans. It would have been a good reward for our play."