Puel the other one! Leicester boss jokes about Maguire to United deal 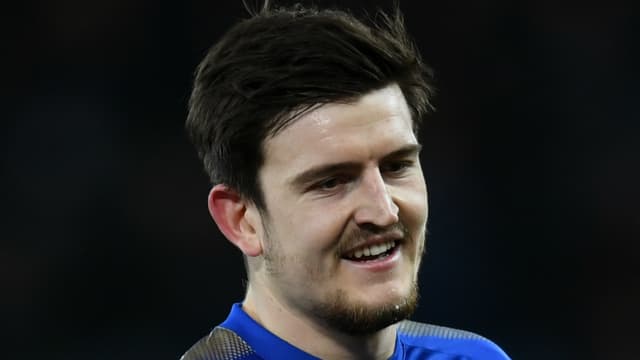 Harry Maguire is on his way to Manchester United - but only for a couple of hours to play against them, Leicester City manager Claude Puel insists.

Maguire has been the subject of reports suggesting he is one of Jose Mourinho's main transfer targets as the window prepares to close at 1700 BST on Thursday, with Leicester set to travel to Old Trafford 24 hours later to play their opening game of the new Premier League season on Friday.

Puel said Maguire, along with team-mate Jamie Vardy, had returned from World Cup duty with England in good spirits and is adamant the centre-back is happy at the club.

"I'm confident he's going to Manchester United, but only for a couple of hours with us," Puel joked with reporters.

"He has come back with a smile. Harry is a fantastic man. He showed his quality with the national team. He came back with a good spirit and attitude.

"I'm happy about Harry and Jamie [Vardy], they came back with a smile. I'm happy about the attitude of Harry, it's important for him to remain with us, and to bring strong momentum for this season, I'm happy to keep him.

"Harry, he's happy also to remain with us."

CP: "He has come back with a smile. Harry is a fantastic man. He showed his quality with the national team. He came back with a good spirit and attitude." #MunLeipic.twitter.com/X99tqW6LM5

Puel has welcomed the signing of Croatian defender Filip Benkovic from Dinamo Zagreb and has his sights set on a place in the Premier League's top six.

"I think we have good creativity, like Maddison, like Ghezzal, to give good service to [Kelechi] Iheanacho and Vardy," he said.

"We have good players to give assists, important to share responsibility because it was not possible to replace the level of Riyad."