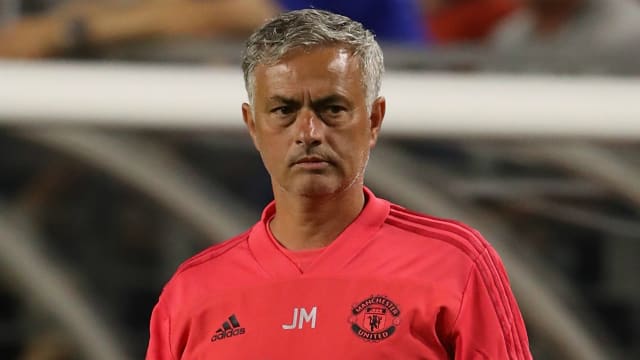 Jose Mourinho does not expect Manchester United to make any signings on the Premier League's transfer deadline day.

United have added Brazil midfielder Fred, young full-back Diogo Dalot and back-up goalkeeper Lee Grant during the current window and have been persistently linked with reinforcements at centre-back.

Leicester City - the visitors to Old Trafford for Friday's Premier League opener - are reported to have rejected an offer in the region of £60million for their England international Harry Maguire, while Tottenham's Toby Alderweireld has also been long touted as a United target.

Barcelona's Yerry Mina and Bayern Munich's Jerome Boateng are also claimed to be on Mourinho's radar, despite contrasting World Cup performances for Colombia and Germany respectively.

However, with the Premier League closing its window for incomings at 17:00 BST on Thursday - significantly earlier than Europe's other major leagues for the first time this year - Mourinho is under the impression United's business for 2018 is done.

"I'm not confident," he told a pre-match news conference when asked whether another signing might be made.

"The market closes today, so it is time, at least for me to stop thinking about the market because the market will be closed.

Pressed on whether there would be incomings or outgoings at Old Trafford, Mourinho added: "The information I have is no."