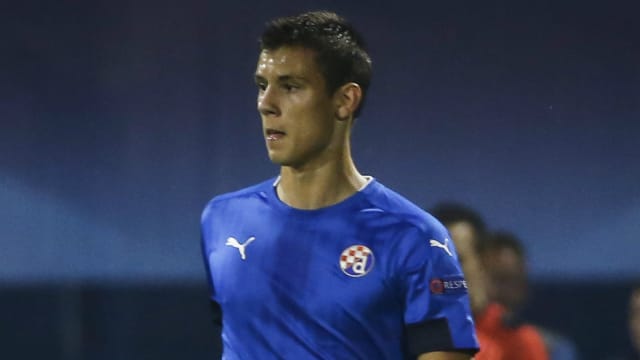 The 21-year-old Croatia youth international has arrived at King Power Stadium for a reported fee of £13million after impressing in Dinamo's title-winning season in 2017-18.

"I will give all my heart to this club, to all the fans, to everybody," Benkovic told the club's official website.

"Hopefully we'll have a very good result this season. The ambitions of Leicester City are so big.

"I like the club very much and I think it's a very good step for me to the next level. I'm very happy to be here."

CP: "It's a good addition [Filip Benkovic] for our squad. A good, young player for the future. He has good attributes to play in the @PremierLeague ."  #MunLei pic.twitter.com/GUoFjhAEPK

Puel's defensive options were previously strengthened by the arrival of Portuguese right-back Ricardo Pereira, Northern Ireland defender Jonny Evans and Wales goalkeeper Danny Ward, while the Foxes boss has outlined his determination to hold on to England star Harry Maguire ahead of Thursday's transfer deadline.

"Filip is an exciting young player who has the potential to develop even more at Leicester City Football Club," said Puel.

"He has made a big contribution to Dinamo Zagreb over the last three years and has also benefited from experiencing European football.

"I know he will give us some great options and competition in the squad and I'm delighted to have him here."