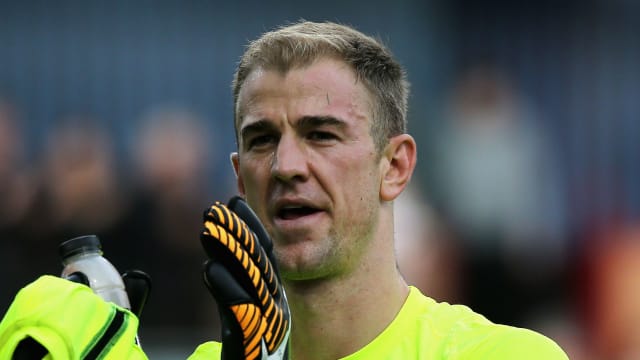 Joe Hart "loved" making his Burnley debut as the Clarets held on to a goalless draw in the first leg of their Europa League qualifier against Istanbul Basaksehir.

Hart joined Burnley from Premier League champions Manchester City on a two-year deal on Tuesday and was thrust straight into first-team action when Sean Dyche's side travelled to Turkey on Thursday following injuries to Tom Heaton, Nick Pope and Anders Lindegaard.

The 31-year-old took his chance to impress, helping Burnley to a clean sheet which sets them in good stead ahead of the return leg at Turf Moor.

And the former England number one - who spent last season on loan at West Ham - was buoyed by the Clarets' resilient display.

"I loved it," said Hart. "I wasn't too sure what the script was going to be with me tonight.

"I've only been with the squad a couple of days, but Anders suffered a little injury last night which paved the way and I really, really enjoyed it.

"I thought the lads were absolutely fantastic and showed good European nous. An away result was so important, and I think we realised that with 10 or 12 minutes to go and we shut the door.

"I absolutely love playing in Europe. The Premier League is fantastic, but once you get a taste for it, it's the place to be. I think maybe the coaching staff might have had a few worries that I had only played two 45 minutes.

"But I assured them I felt ready and I felt good to play and I feel like I did okay. The way the lads defended they made it really hard for them to get any shots off and when they did it was my job to be there."