Burnley without Wood and Vydra in Istanbul 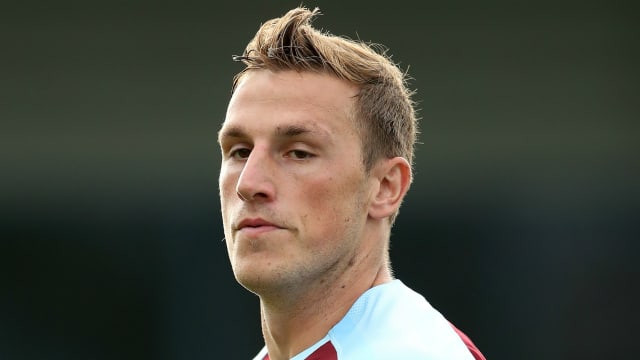 Burnley manager Sean Dyche described his squad to face Istanbul Basaksehir as "limited" and revealed that striker Chris Wood has been ruled out of the Europa League clash after suffering an insect bite.

The Clarets have travelled to Turkey without Wood or new signing Matej Vydra, while Steven Defour and Robbie Brady have also stayed behind at the club's Barnfield training ground as they work towards match fitness.

Dyche has included defender Ben Gibson and newly signed goalkeeper Joe Hart among his options for the third qualifying round match, and he said the pair may need to be called upon.

"We're a little bit limited and we'll have a few decisions to make," Dyche told reporters.

"Chris has an infection from a bite that has caused a reaction. Steven [Defour] is behind Robbie [Brady] at the moment, so we're down to 17 players.

"But Joe [Hart] and Ben [Gibson] have travelled for a reason - to be included if needed."

SD reveals that Chris Wood has not travelled after a bite became infected. Robbie Brady and Steve Defour have also not travelled with the squad.

Dyche said Vydra, who signed for Burnley from Derby County for an undisclosed fee on a three-year deal on Tuesday, is short of match fitness.

The Czech international scored 21 goals in 42 league appearances in the Championship in 2017-18, and Dyche said he would bring variety to the Clarets' front line when fit.

"He's a bit behind the curve fitness-wise. He's got to catch up, but he's different to the strikers we've got.

"He offers a different positional sense, can work off the shoulder or in a number 10."