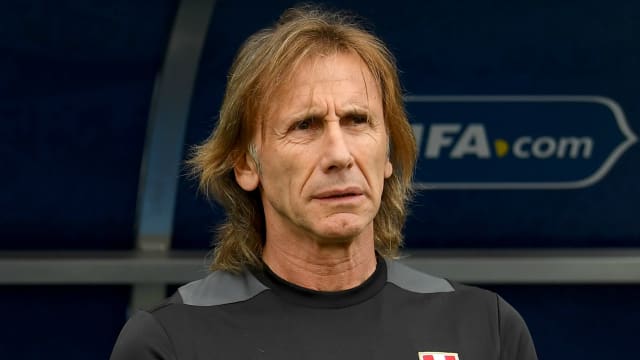 Ricardo Gareca paid tribute to the belief of the Peru players after he signed a new three-year deal to remain as head coach of the national team.

The 60-year-old, who took the job in February 2015, led Peru to their first World Cup finals in 36 years and his players performed well despite their exit from the competition at the group stage, beating Australia 2-0 in their final match.

Gareca's new contract ensures he will have the opportunity to attempt to qualify for the 2022 World Cup in Qatar, and the Argentine has been offered an extension of an additional year should he succeed.

"We want to thank the Peruvian Football Federation for trusting us again," Gareca told reporters. "We are happy to extend the link for three more years with the possibility of extending for one more year in case the classification is achieved.

"What we like, essentially, is the reliability that the Peruvian players have. Players are convinced of the potential that Peru has.

"Representing Peru has to engage everyone, it has to be something carried out with dignity. But this does not depend on one person."