Fekir future not assured as Mina remains in Lyon frame 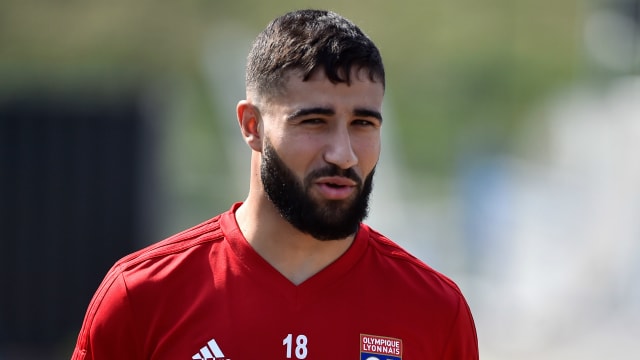 Nabil Fekir refused to rule out leaving Lyon this month as president Jean-Michel Aulas claimed the club are still firmly in contention for Yerry Mina.

France international Fekir was on the verge of joining Liverpool in July before Lyon backed out of negotiations.

The 25-year-old's future remains a source of speculation with Chelsea now rumoured to have emerged as a potential destination in the week the Premier League's transfer window closes.

Fekir, who scored 23 goals in all competitions last term, says he is content to stay at the Ligue 1 outfit, but confirmed the possibility of a swift change in circumstances.

"As you can see, I'm still at Lyon. I'm very happy here," the skipper told his club website.

"But the window is still open and things move quickly in football. One doesn't know what will happen in the future but I'm good at Lyon and feel very happy within this squad."

Fekir's comments came as the outspoken Aulas revealed he was still working towards a deal for Barcelona defender Mina.

The Colombia centre-back is almost certain to leave Camp Nou with Everton reported to have agreed a fee.

Aulas, however, insists Mina could yet be headed to France.

"I do not think [this] information is accurate," he wrote on Twitter, in response to a report claiming the 23-year-old was set for Goodison Park.

"Yerry is still very interested in OL. We all wish [for him to come to Lyon] to play in the Champions League at [Groupama Stadium]."