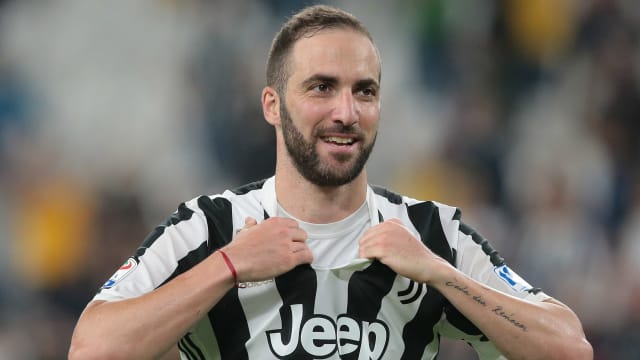 Alessio Romagnoli is confident AC Milan can cope with the abrupt departure of Leonardo Bonucci and has welcomed the capture of Gonzalo Higuain, labelling the striker "one of the strongest players in the world".

The signing of Bonucci from Juventus last year represented a major coup for Milan, but the Italy international defender failed to produce his best form at San Siro.

The 31-year-old this week returned to Turin as part of a deal that saw Higuain and Mattia Caldara move in the opposite direction.

Speaking after a 1-0 International Champions Cup victory over Barcelona in California on Saturday, Romagnoli assessed the impact of Milan's latest transfer business.

"Leo is a strong player and everyone would want to play with him but he made his decision and we have players as strong," he said.

Of Higuain, Romagnoli added: "He's one of the strongest players in the world, let's hope he keeps up the expectations [of supporters]."

A Barca side missing the bulk of their established stars dominated possession and were unfortunate not to score in Santa Clara, where Portugal forward Andre Silva pounced to score the winner in the 92nd minute.

The 22-year-old struggled for consistency following his move from Porto last year, but Milan head coach Gennaro Gattuso is hopeful the attacker can improve this term.

"Andre Silva is an important player," he said.

"He had a troubled season last year but he's young and still has room for improvement. He trains really hard, he needs to score with continuity.

"Overall, I am pleased with the work we have done so far. I like the spirit of this team.

"We struggled but we knew it could have been like this," he said of the Barca game.

"We were lucky not to concede but at the same time, we did well to stay in the game.

"We could have played a better quality game but since they were moving the ball around quickly and we had to try to intercept their passes we didn't have the energy to play on the counterattack."