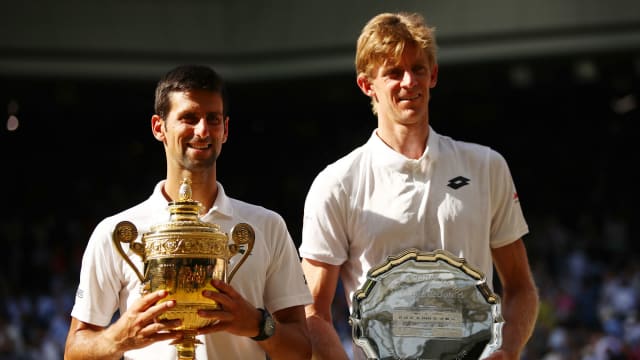 Wimbledon final opponents Novak Djokovic and Kevin Anderson will team up in a talent-packed doubles draw at the Rogers Cup.

Djokovic defeated Anderson in straight sets at the All England Club last month to claim his 13th grand slam title, but they will be partners in Toronto.

The two stars have been drawn against highly rated teenage home hopefuls Denis Shapovalov and Felix Auger-Aliassime in the standout first-round match.

There is another hugely exciting doubles clash, though, as four of the ATP's top 12 singles players face off.

You read that right. The two @Wimbledon singles finalists will play against Canada's future stars in the first round of #RogersCup men's doubles.