'If tennis doesn't work out...' - Murray touts Kyrgios as a PA 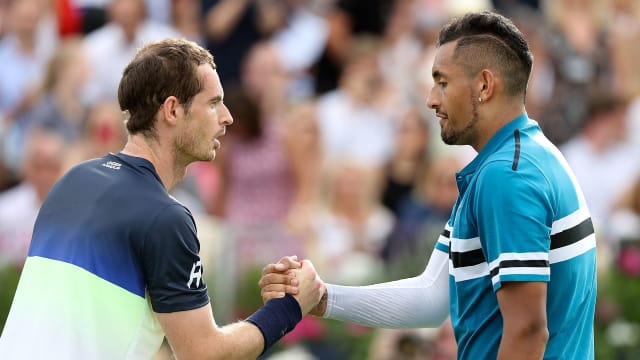 Nick Kyrgios was forced to withdraw from the Citi Open this week with a hip injury, but he appears to have used the spare time to forge a new career after tennis.

Sidelined in Washington, Kyrgios has seemingly instead been looking after Andy Murray, who posted a video of the Australian booking his fellow star a hair appointment.

And Kyrgios looks to be thriving in his new role, with Murray already touting his services as a personal assistant.

After a brief discussion about Murray's availability for the appointment, he said of Kyrgios: "He's doing a good job actually.

"If this tennis thing doesn't work out for you, you could be a good PA for someone."

A backhanded compliment perhaps, and Kyrgios will probably stick to the tennis in future...

My new assistant booking me in for a haircut Thanks @k1ngkyrg1os much appreciated. @timsmyczek @andreyrublev