Bonucci: Juventus is my home 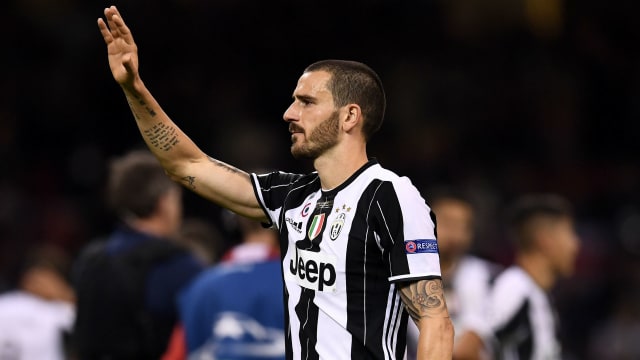 Leonardo Bonucci believes he has come home after re-signing for Juventus a year on from his shock departure to AC Milan.

The Italy centre-back sealed his return to Turin on Thursday in a straight swap deal that saw Mattia Caldara move to San Siro as his replacement.

Gonzalo Higuain also joined Milan from Juve on an initial season-long loan deal with an option to buy.

The Argentina striker's transfer means Bonucci's U-turn has arguably not grabbed the headlines it might otherwise have done.

Some supporters were seemingly not keen to forgive and forget the 31-year-old's defection to the Rossoneri as they whistled and booed him upon his arrival at Juventus' headquarters.

Nevertheless, his affections for a club where he won six consecutive Scudetti in his first spell remains strong.

"It was difficult to imagine this would happen, but it's fantastic that it has."

"It was difficult to imagine that this would happen, but it's fantastic that it has," he told Juventus' official YouTube channel.

"I'm excited. Turin is my home and Juventus is my home, so I'm really happy to be back."

Juve kick off their bid for an eighth straight Serie A crown against Chievo on August 18, while Higuain, Caldara and their new Milan team-mates host Genoa a day later.