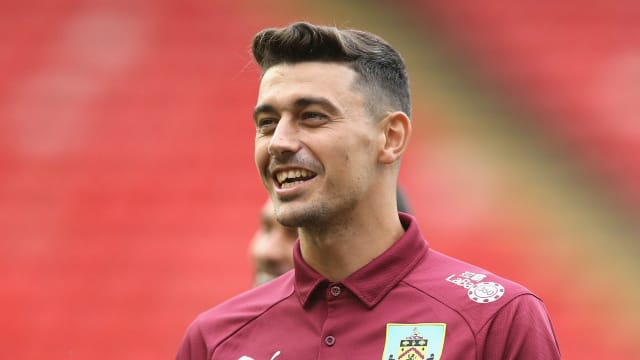 Burnley defender Matthew Lowton has signed a contract extension that commits him to the Premier League club until 2021.

The 29-year-old former Aston Villa full-back had two years to run on his previous deal but will now remain at Turf Moor for an additional 12 months.

Lowton helped the Clarets secure Europa League qualification despite suffering a knee injury midway through last season, while he completed 90 minutes as Sean Dyche's side drew 1-1 at Aberdeen in the first leg of their second qualifying-round tie.

Lowton, who started his career at Sheffield United, credits Dyche with developing the defensive side of his game.

"Since I've joined, the manager has helped me no end on my defensive shape," he told Clarets Player.

"The attitude here day-to-day is what I really need. I need to be on it all the time and the manager makes sure that everybody is.

"I've definitely played my best football over the past couple of years and I'm enjoying it, which helps as well."

Burnley host Aberdeen in the return leg on Thursday and open their Premier League campaign at Southampton next weekend.