Chiellini: I thought Ronaldo to Juventus was impossible 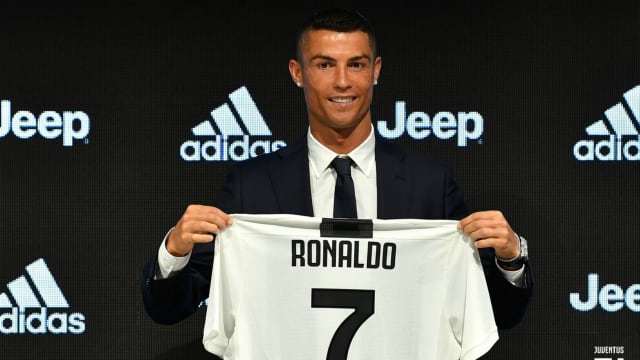 Juventus defender Giorgio Chiellini thought it was "impossible" for Cristiano Ronaldo to join the Serie A champions before the superstar arrived in Turin.

The 33-year-old Portugal captain hinted at a shock move away from Madrid after the club's third successive Champions League title in May.

Chiellini - in the United States for Juve's clash against the MLS All-Stars on Wednesday - doubted the Italian giants would sign Ronaldo when rumours first emerged.

"[The first time I heard about Ronaldo], I said to my friends, 'Nah, it's impossible,'" Chiellini told ESPN. "After one day, [I thought] maybe it is possible.

"With our manager, with our director ... it's a reality. Juventus is growing ... year after year, and we need a champion like Cristiano.

"We are excited, we are ready to work with him; all the parts of the club, the players, the marketing manager, the director, are ready to improve with Cristiano and we hope he can help us to achieve our target."

Buonasera to you too, @Cristiano#CR7JUVE#ForzaJuvepic.twitter.com/ts7MtBvTGS

It has been a busy off-season for Juve, who are seeking to win the Champions League, having dominated domestically with seven successive Serie A titles.

"Leonardo, for me, is a friend," Chiellini said. "I pass my holiday with him and my family.

"I know about his quality, but I don't know. It's not easy, and I want to have respect to my team-mates ... I'm not president or director, so we will see what happens at the end of the Serie A -- we will see if Leonardo is here."