Wenger is my idol - Tuchel 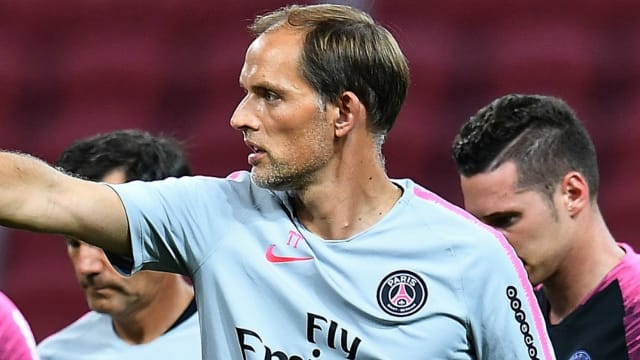 Paris Saint-Germain head coach Thomas Tuchel named former Arsenal manager Arsene Wenger as his "idol and role model" but insisted he did not want to succeed the Frenchman at Emirates Stadium.

Tuchel was strongly linked with a move to Arsenal before Wenger announced in April that he would leave at the end of last season, but the former Borussia Dortmund boss had already decided to join PSG by the time the vacancy in North London arose.

The German coach denied any knowledge of plans to take him to Arsenal but expressed his admiration for the legacy Wenger left at the club.

"I made my decision before Wenger made his decision," Tuchel told reporters ahead of PSG's clash with Arsenal in the International Champions Cup.

"My biggest respect for him. He built the club famously for their style of football.

"He is an idol and role model for every coach and for me especially.

"I never got in touch and I made the decision for Paris before. I don't know if I was ever meant to be the successor. So [there was] no question."

Tuchel said he was keen to speak to new Arsenal manager Unai Emery about his time at the Parc des Princes, where he won the Ligue 1 title, two Coupe de France trophies, two Coupe de la Ligue trophies in his two seasons at the club.

Tuchel's only managerial honour to date is the DFB-Pokal, which he won with Dortmund in 2016-17, and he would relish the opportunity to discuss tactics with Emery.

"I would like to talk to him," said Tuchel. "I never did that with any of my previous jobs [speak with the previous manager].

"Unai is one of the most successful coaches in Europe. He has won lot of titles last year.

"He sent me a warm message. I was very thankful and it shows his character and the competitor that he is.

"I would love to talk about football with him in detail."