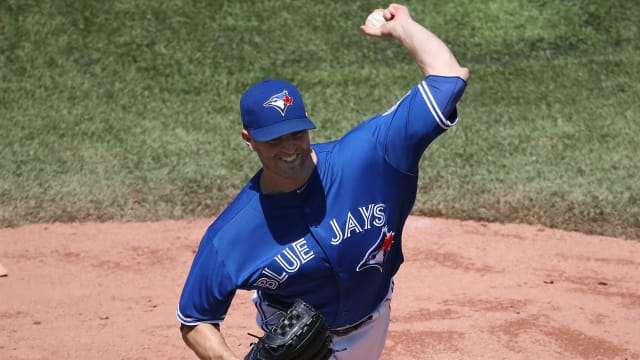 The New York Yankees have acquired JA Happ in a trade that sends Brandon Drury and Billy McKinney to the Toronto Blue Jays.

Happ, 35, made the All-Star team for the first time this season. The left-hander is 10-6 with a 4.18 earned run average in 20 starts for Toronto, his fifth MLB team.

The move continues the Yankees' mini-makeover as they look to chase down the Boston Red Sox, having also acquired reliever Zach Britton from the Baltimore Orioles earlier this week.

Infielder Drury, 25, joined the Yankees during spring training and was the team's opening-day third baseman, but he landed on the disabled list early due to migraines and has spent most of the season in Triple-A.

Minor league outfielder McKinney, 23, is a former first-round pick by the Oakland Athletics who also has been at Triple-A for most of 2018.