Thiem through in Hamburg as Swiss Open seeds falter 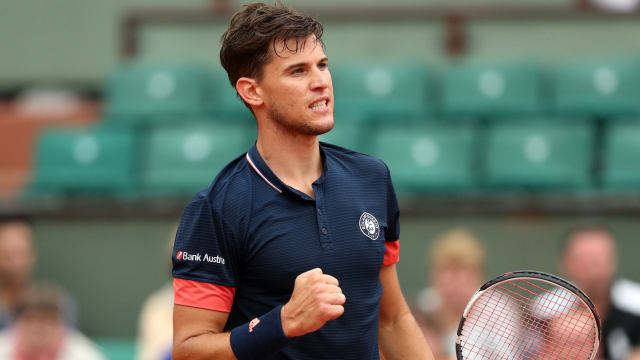 Dominic Thiem eased through to the quarter-finals in Hamburg on Thursday, as Fabio Fognini and Borna Coric were dumped out of the Swiss Open Gstaad.

Austrian star Thiem saw off John Millman with ease at the German Tennis Championships to set up a last-eight clash with Nicolas Jarry, handed a walkover by Richard Gasquet.

Thiem won 6-2 6-2 and never looked in trouble as his pursuit of a third clay-court ATP World Tour title of the season continues.

The top seed cruises past John Millman 6-2 6-2 to set up a meeting with Nicolas Jarry#GOTC18pic.twitter.com/JLthqR65xl

It was a miserable day for the seeds at the Swiss Open, meanwhile, as Jurgen Zopp's impressive run continued.

Having qualified and defeated 2017 finalist Yannick Hanfmann in the first round, the Estonian's latest scalp was that of top seed Fognini, going through 6-1 3-6 6-3.