Is the current squad good enough? I don't think so - Benitez 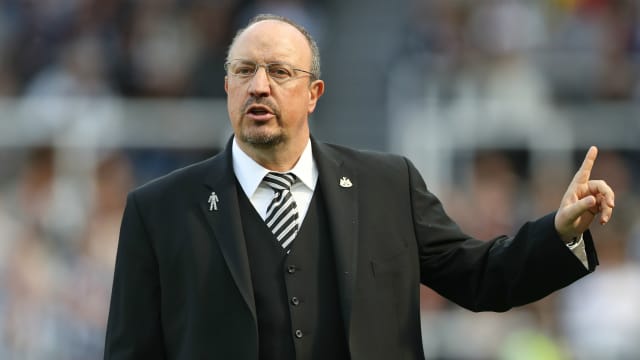 Rafael Benitez believes the current Newcastle squad is not good enough for the Premier League season ahead after a frustrating 2-2 draw with Hull City.

Having steered Newcastle to promotion from the Championship in his first full season in charge, the former Liverpool and Real Madrid manager made sure the club maintained their top-flight status in 2017-18, as they finished in 10th place.

However, hopes of building on the platform set by Benitez have been hit by a lack of spending in the transfer window.

Martin Dubravka and Kenedy - who were both on loan last season - have returned, the former joining on a permanent basis, while Ki Sung-yueng arrived on a free transfer after leaving Swansea City.

"Is the current squad good enough for what we need? I don't think so," Benitez said after the pre-season game against Hull.

"It needs additions, that is clear. It is clear what we have to do.

"There could be a new signing in time for Portugal [pre-season tour], but then I was expecting things before. As I have said before, if we have new players coming it will be good, it will be better than nothing.

"As a manager, you would have liked to have seen these players one month ago, but if we can do something it will be better than nothing."

Arrivals at St. James Park will be welcome given the departures of Jack Colback, Mikel Merino and Chancel Mbemba, while forward Aleksandar Mitrovic could still move permanently to Fulham, having enjoyed a successful loan spell at Craven Cottage last season.