To those who enjoy seeing others fail, I feel for you - Karius responds criticism 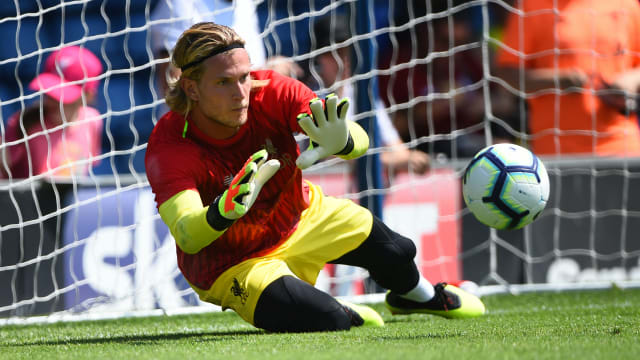 Loris Karius has taken to social media to hit back at his critics after another error in Liverpool's 3-1 defeat to Borussia Dortmund in the International Champions Cup.

Karius has been a subject of ridicule from many fans after two glaring errors against Real Madrid in Liverpool's 3-1 Champions League final defeat.

Liverpool manager Jurgen Klopp has backed the former Mainz stopper to learn from his mistakes, though the Reds have since signed Alisson in a world-record deal for a keeper.

German Karius used Instagram to respond to his detractors amid the ongoing scrutiny.

"To those who take joy in seeing other people fail or suffer, I feel for you," the 25-year-old said in a messaged posed on Sunday.

This via his Instagram story after #LFC's loss to Borussia Dortmund. #ICC2018pic.twitter.com/rymgQ3Cg9l

"Whatever it is that is happening in your life to hold this much anger and hate, I pray that it passes and good things come to you."

Klopp is not the only one who is tired of Karius' critics, as former Madrid and Spain captain Iker Casillas also came to the defence of his fellow stopper.

"This attack on Loris Karius, will it ever end? I'm talking about him like so many other goalkeepers," the 2010 World Cup winner said via Twitter.

"There are many more serious problems in the world... f***!

"Leave the kid alone. He is also a person. As we all are!"