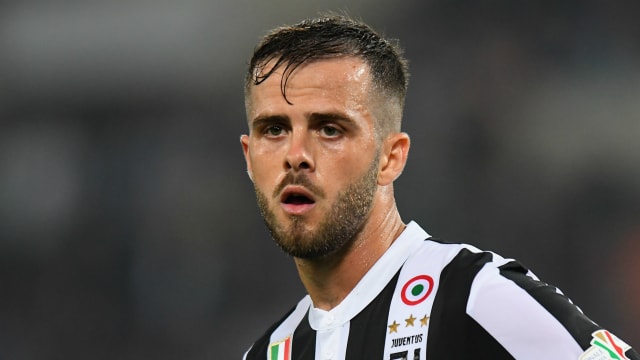 Miralem Pjanic and Daniele Rugani have been named in the Juventus squad for their United States tour despite speculation over their future, but World Cup stars including new signing Cristiano Ronaldo are absent.

Ronaldo, a EUR112million signing from Real Madrid, was not expected to be involved in the tour after having played in Portugal's four games in Russia.

Rugani will travel, though, despite the centre-back being linked with Chelsea, who are said to be close to concluding a deal worth in the region of EUR50m for the 23-year-old.

Pjanic is also part of the squad heading to the US, despite strong speculation he could also leave the Serie A champions.

Barcelona, Manchester City, Manchester United and Paris Saint-Germain have all been linked with the EUR100million-rated midfielder.

Argentina attackers Gonzalo Higuain and Paulo Dybala are among the big names missing from Massimiliano Allegri's 27-man squad, along with wingers Juan Cuadrado and Douglas Costa, who were all involved at the World Cup.

Blaise Matuidi, Mario Mandzukic and Marko Pjaca are also out, just a week after Croatia were beaten 4-2 by France in the final in Moscow.

Juventus start their International Champions Cup campaign against Bayern Munich on Thursday, before facing Benfica and Real Madrid in the competition.

Allegri's men will also take on the MLS All-Stars as part of their pre-season tour.