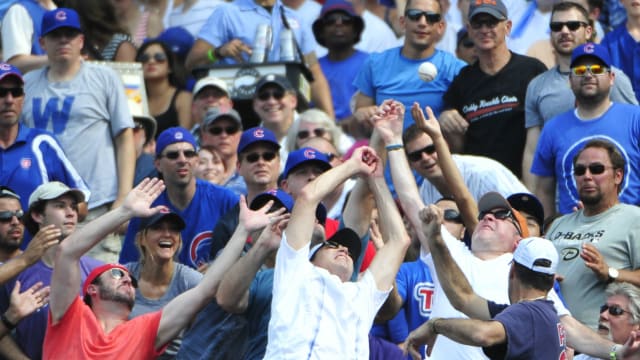 Javier Baez saved the day for one young Chicago Cubs fan, who was robbed by an adult supporter.

During the bottom of the fourth inning, Cubs first base coach Will Venable tossed a ball into the stands in the direction of a young fan sitting in the first row on Sunday.

The boy, however, was not able to react fast enough to grab it and an adult sitting behind him reached down and picked it up.

The Cubs and Baez wanted to make sure the young fan was happy and so they gave him not just one ball, but two and at least one was signed by Baez.

When going to a baseball game, DON'T be this guy. pic.twitter.com/pAeiRN6Q2X

The Cubs went on to defeat the St Louis Cardinals 7-2.

A @javy23baez signed ball should take care of it. #EverybodyInpic.twitter.com/4YzUlG8qfN