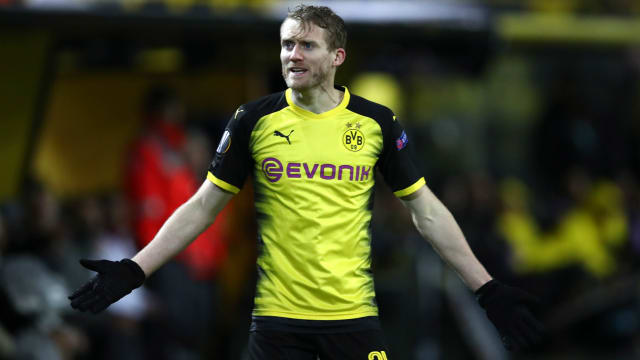 Borussia Dortmund have confirmed Andre Schurrle sat out the International Champions Cup win over Manchester City as he is holding talks with another club.

The Bundesliga side claimed a 1-0 victory over Pep Guardiola's Premier League champions at Soldier Field, with Mario Gotze scoring the only goal from the penalty spot, but Schurrle played no part in the match.

Dortmund later tweeted via their official account to say the 27-year-old forward "was not in the squad as he is excused due to negotiations with another club".

Sporting director Michael Zorc later revealed they had spoken to Schurrle and informed him he was surplus to requirements for the coming season.

"We talked openly about the situation with Andre and said we have a lot of options in the wide positions and that the plans are going in a different direction," he said, as quoted by Bild.

Schurrle, who cost a reported EUR30million fee when he joined from Wolfsburg in July 2016, has been linked with a move back to the Premier League.

The former Chelsea man was suggested as a possible makeweight in a deal for Crystal Palace star Wilfried Zaha.

According to reports in Germany, Dortmund will ask for a fee in the region of EUR20m for Schurrle, whose contract expires in 2021.

Thank you and good night! #MCFCBVB#bvbusapic.twitter.com/iVQ5y23uLu