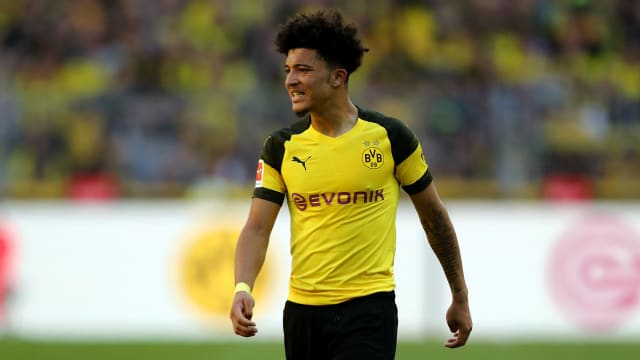 Jadon Sancho admits he had "a point to prove" in Borussia Dortmund's 1-0 International Champions Cup win over Manchester City.

A penalty from Mario Gotze gave Lucien Favre's side the victory over the Premier League champions at Soldier Field.

Sancho had something of a fractious relationship with City during his final months at the club and took the chance to leave for Dortmund on deadline day last August.

The 18-year-old, who made 12 Bundesliga appearances last season, says he was particularly motivated against his former employers.

"It was nice to see my old team-mates," he said.

"I'm happy that we won and happy to play against my old club. I had a point to prove and I think I did well in the game. Hopefully, it carries on through the season.

"I'm very motivated for the season, very excited. We have a special team."

Head coach Favre described Sancho as a player with "exceptional potential" and the winger is keen to repay that faith in what he hopes will be a positive season for Dortmund.

"I just want to have a great season. Goals, lots of assists, help the team win and carry the team sometimes. We can reach anything with this squad."

Feels good to back doing what I love. #JS7  pic.twitter.com/XFfx5X4MkB