A lot of very surprising things happened during – or as a direct result of – the World Cup, but here's a new one that could top the lot: Kieran Trippier is set to become the most expensive English footballer in history.

According to the Sun, the Tottenham right-back's outstanding performances at Russia 2018 have made him a "major target" for "big clubs in England and Europe" including the biggest of the lot, Real Madrid. 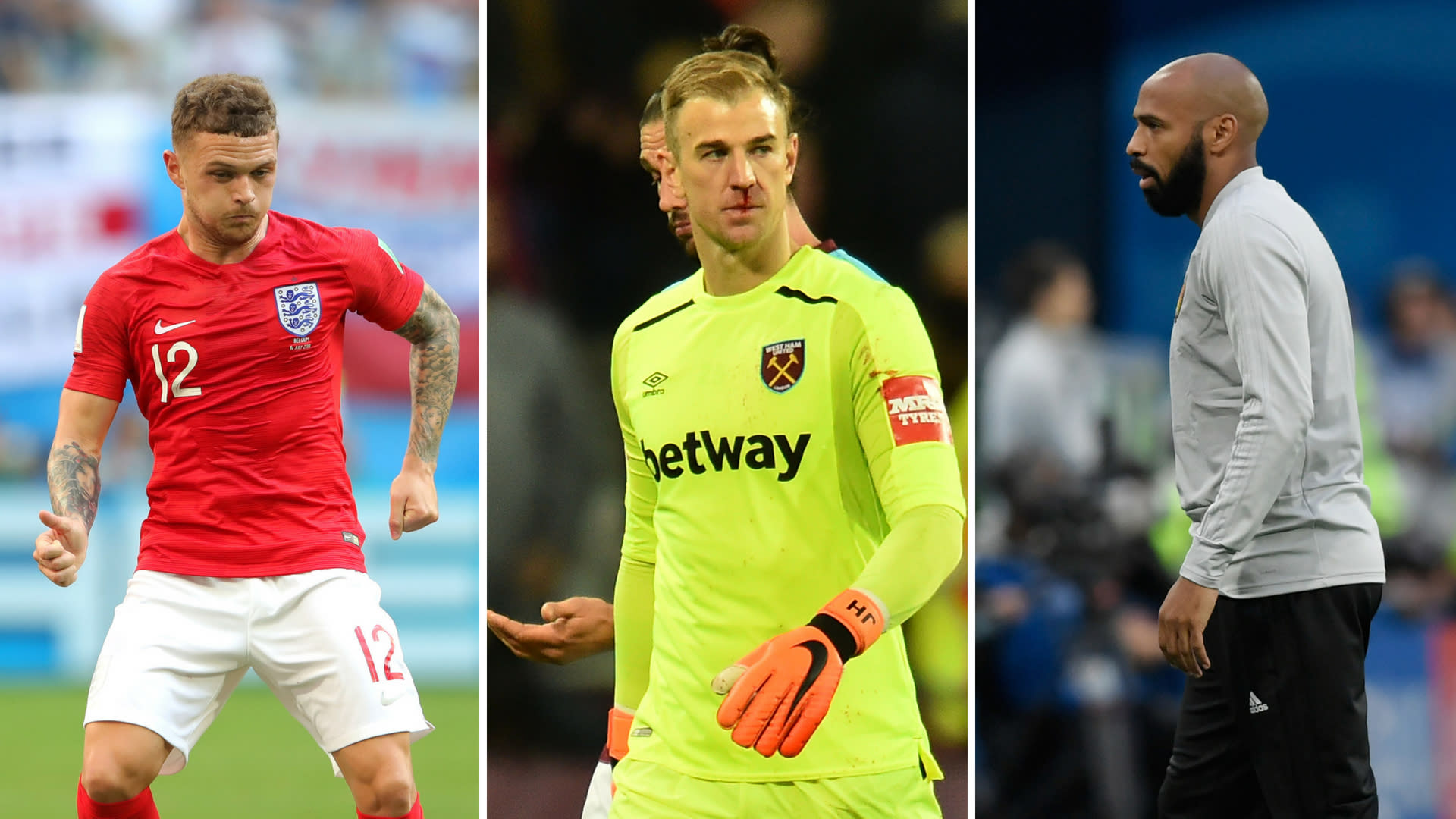 The European champions are reportedly set to make a £50m-plus offer for the 27-year-old, which would eclipse the £50m Manchester City spent on Kyle Walker last summer.

Anyway, Trippier – who didn't kick a ball in the Premier League until he was 23 – is allegedly going to trump them all, with "sources close to the player speaking openly" about Real Madrid's interest.
(In other words, his mates watching World Cup matches in their local pub in Bury.)

Kieran Trippier gave everything until he could give no more.

He gave every England fan this moment...#ENG#ENGCRO#worldcup#bbcworldcuppic.twitter.com/qcoiYM8bA9

But the Sun will take any source it can get, even if the tabloid feels obliged to point out that any Real bid for Trippier would be "surprising" given that they just spent £31m on Real Sociedad right-back Alvaro Odriozola and also have Dani Carvajal and Nacho.

Another surprising claim made in the Sun is that a man who didn't have a very good World Cup, Joe Hart, is set to sign for Chelsea.

The Blues look increasingly likely to lose goalkeeper Thibaut Courtois to Real Madrid and have apparently lined up Man City outcast Hart as a "shock replacement".

The 31-year-old still has a year left to run on his Etihad contract and could be available for a cut-price £5m, although Chelsea would risk "angering their fans" if they sign him. Funny for everyone else though.

Also potentially angering Blues supporters is the Standard's claim that Real Madrid are preparing to make an "opening offer" of £112m for their star man Eden Hazard, while the Stamford Bridge faithful may also displeased to learn that Barcelona have made a third bid "in excess of £55m" to sign Willian (Sky Sports).

Elsewhere, Aston Villa have put French legend Thierry Henry on a shortlist of candidates to potentially replace Steve Bruce (Mail), Newcastle are set to sell Aleksandar Mitrovic for Fulham for £20m to fund a move for £16.5m West Brom striker Salomon Rondon (Star) and Everton have made a £22m bid for Barcelona's 25-year-old defender Lucas Digne, who Marco Silva views as a "long-term successor" to Leighton Baines at left-back (Mirror). Although I'm not sure you get players from Barcelona coming over to sit on the Goodison Park bench waiting for Leighton Baines to retire.