Fleetwood: Open Championship is the one for me 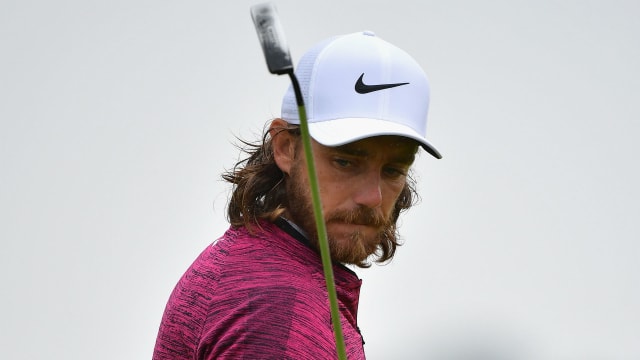 Tommy Fleetwood underlined his burning ambition to win The Open above all else after surging into contention on Friday.

The Englishman shot a superb second-round 65 at Carnoustie, where he holds the course record, to sit one behind leader Zach Johnson.

Fleetwood, ranked 10th in the world, is seeking a maiden major triumph and the Claret Jug is his top priority.

Asked what it would mean to win it, he replied: "It would be very special.

"I can't lie about it. If I could pick one tournament in my life to win, it would be The Open. I've never been anywhere near before. So far for two rounds, I'm up there on the leaderboard.

"But, yes, it would be something to have in my career that would be amazing.

"Whenever I'm done with playing, The Open is something that I'd like."

Having started the day at one over par, Fleetwood played superb golf in wet conditions to draw level with overnight leader Kevin Kisner.

However, the pair were quickly usurped by 2015 champion golfer of the year Johnson, who moved to six under for the tournament with a 67 which included a vital birdie on the last.