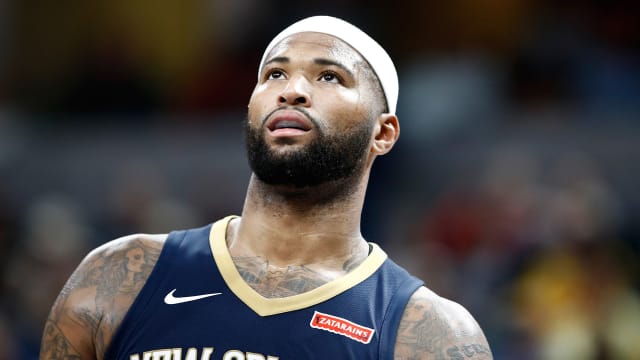 DeMarcus Cousins has fired back at critics following his move to NBA champions the Golden State Warriors.

Cousins' decision to join the Warriors from the New Orleans Pelicans came as a surprise to many and garnered some fairly harsh comments from many fans around the league.

The four-time All-Star signed a one-year deal worth $5.3million and is expected to be a big contributor for the Warriors once he returns from an Achilles injury that cut his 2017-18 campaign short.

But the 27-year-old finally responded to some of the critics who did not agree with his move -- and he was pretty unfiltered with his response.

In a documentary series with Showtime Sports called 'Resurgence', Cousins was candid with his thoughts and about what other people think of his decision to join Golden State.

"Yeah, I could've probably gotten a decent contract from a bad team but how does that help me?" Cousins said (via New York Daily News). "I'm already fighting a career-ending injury. I'm not going to put myself in an already bad situation to try to prove my value or my worth as a player in a situation that's not looking to win.

Cousins added: "This is my ace of spades. This is my nuclear bomb. My last resort."

Cousins didn't stop there, though, as he said" "There's some motherf****** out there that's probably ripping their hair out right now, and I love it. This is just another test for me to overcome.

"I've been through so much adversity, if I sat there and dwelled on those moments, where the f*** would I be right now? You know? I don't need anybody feeling sorry for me. I'm a fighter, and I never give up, and I'm taking this challenge head on."