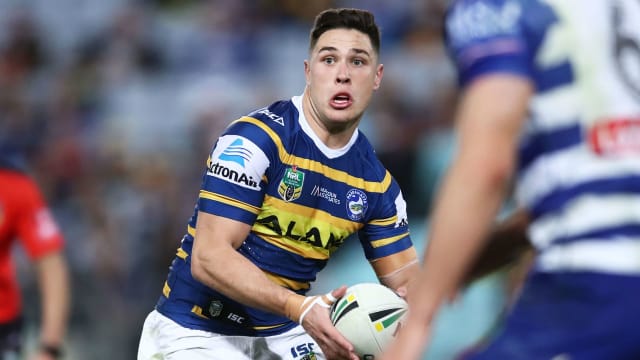 Bottom club Parramatta Eels claimed only their fourth win of the NRL season as they overcame fellow strugglers Canterbury Bulldogs 14-8.

It appeared set to be a familiar tale for the Eels when Kerrod Holland finished off a last-tackle play seven minutes in to put the Bulldogs ahead.

But Brett Morris was sin-binned for holding back Bevan French as he attempted to chase down a kick and Parramatta broke through the Bulldogs' 12-man defence when Tepai Moeroa charged clear and fed Kaysa Pritchard, who shrugged off a covering tackle to dot down.

Thirteen minutes after the restart Mitchell Moses raced in under the posts for a long-range try after a Lachlan Lewis kick deflected into his path to give the Eels a six-point lead, which he extended with a penalty, the Bulldogs unable to respond other than with a Rhyse Martin two-pointer.

The Eels are now level on 10 points with the third-bottom Bulldogs, though they remain at the foot of the table due to their inferior points difference.