Saints and Tigers to honour Horne with Twickenham clash 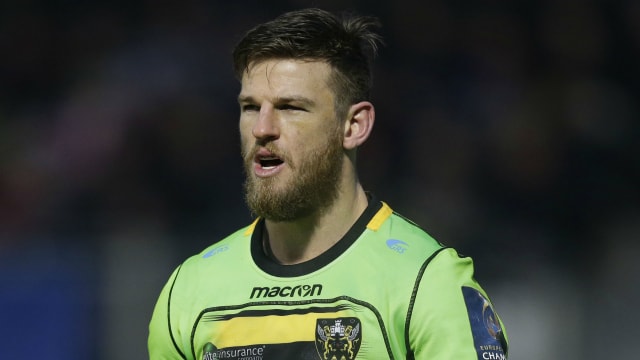 Northampton Saints and Leicester Tigers will meet in a Premiership fixture at Twickenham to help raise money for retired centre Rob Horne.

Horne was forced to call a halt to his career after suffering nerve damage to his right arm while playing for Saints against the Tigers at Welford Road in April.

The 28-year-old - who scored eight tries in 21 appearances for the English club - has since returned home to Australia with his family to undergo further treatment.

However, he will be in attendance on October 6 in the first league meeting of the two fierce rivals at Twickenham since the 2013 Premiership final.

"Everyone at the club has gone above and beyond to support me and my family through an incredibly difficult time," Horne - who won 34 caps for the Wallabies - told Northampton's website.

"I've been humbled by the outpouring of support from both Northampton Saints supporters and many of the Tigers fans that were at that game too.

"I am touched by the additional gesture the club are making in staging this game, and I can't wait to see my team-mates run out at Twickenham.

"I hope we can raise some awareness for Brachial Plexus injuries, as well as being treated to another chapter in this storied rivalry."

The switch was made possible after the Rugby Football Union approached Saints about the possibility of hosting a home fixture at Twickenham to test the new East Stand development ahead of the 2018 autumn internationals.

"The outpouring of support for Rob at the end of last season from the whole rugby community in the East Midlands was overwhelming - and we wanted to act," said Saints chairman John White.

"Leicester Tigers' chairman and board have also made it clear that they are very keen to help Rob in any way they can, and this is a superb way to do that."