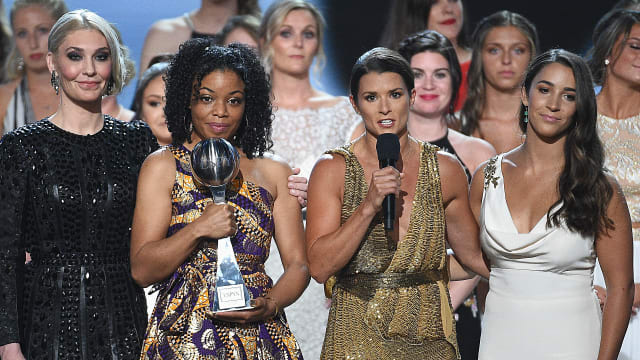 The 2018 ESPY Awards left few dry eyes in the audience and in the households of viewers once it was finished.

The annual sports showcase made history with the first ever female host as former NASCAR driver Danica Patrick took the stage.

But it was another group of outspoken women who stole the show when the survivors of the USA Gymnastics sex abuse scandal involving disgraced Michigan State doctor Larry Nassar accepted the Arthur Ashe Courage Award.

The event had its share of lighter moments, particularly when Patrick and Kareem Abdul-Jabbar channeled their favourite 'Game of Thrones' characters.

Then there were moments of sheer awkwardness, like when Patrick attempted to roast LeBron James.

Below is the complete list of winners from Wednesday's ESPY Awards: