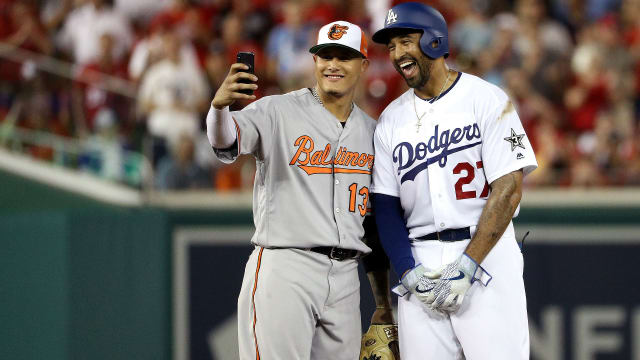 The American League came away with an absorbing 8-6 win in the MLB All-Star game for the sixth successive year.

On Tuesday, the AL hit back-to-back home runs in the bottom of the 10th inning to outlast the National League at Nationals Park on Tuesday.

A team from the NL last won the game in 2012 at Kauffman Stadium.

NL starter Max Scherzer struck out four and allowed one run in his two innings on the mound, while Boston Red Sox ace Chris Sale threw a scoreless first inning for the American League.

Dodgers right-hander Ross Stripling allowed three runs and was charged with the loss. Toronto Blue Jays lefty J.A. Happ picked up the save for the AL.

The teams combined for 14 runs in the game and all but one was scored on a homer.

Willson Contreras cut the National League's deficit to 2-1 with a shot to left field in the third and Trevor Story tied the score in the seventh.

The AL regained the advantage when Jean Segura belted a three-run homer over the left-field fence. But Milwaukee Brewers outfielder Christian Yelich added a homer in the eighth and Scooter Gennett tied the score in the bottom of the ninth with a two-run homer.

Down two in the 9th, @Sgennett2 delivered.

The AL, however, took the lead for good on back-to-back home runs by Houston Astros team-mates Alex Bregman and George Springer in the 10th.

The AL added another run on a sacrifice fly in the frame and Joey Votto tallied a solo shot in the bottom of the inning.

Manny Machado may have worn a Baltimore Orioles jersey for the last time on Tuesday.

Machado started at shortstop for the American League and went 0-for-two in the game. He was removed after the sixth inning.

The Orioles reportedly have been shopping Machado and he will probably not play another game for the team.

Baltimore has a deal in place to trade Machado to the Los Angeles Dodgers following the All-Star break, according to reports.

"It was a tremendous honor to wear this uniform," Machado told FOX Sports during the game. "[The Orioles] gave me every opportunity to come up and play in the big leagues. That's everyone's dream...If this is the last time, hopefully I treated them well and did everything I could for the organisation."

Machado and potential future team-mate Matt Kemp stopped to take a selfie during the game.

THE WEATHER HOLDS OUT

The weather did not look promising in Washington on Tuesday.

There were downpours throughout the day and the tarp was on the field at Nationals Park just a few hours prior to first pitch.

But the tarp was removed and player introductions, as well as the game, started on time. The sky was clear at first pitch.

More wet weather moved through the area, but the game was completed without a rain delay.