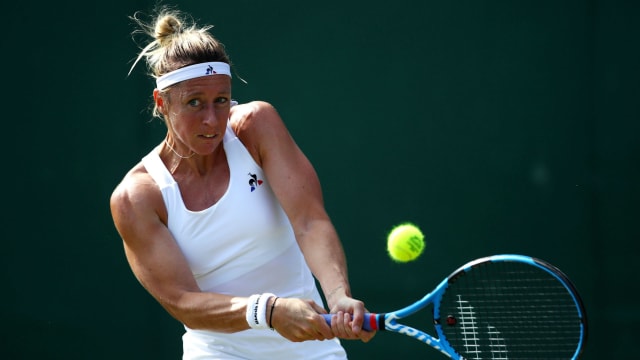 Pauline Parmentier came from a set down to deny Alexandra Dulgheru a surprise first-round victory in her homeland at the Bucharest Open, while Marketa Vondrousova upset Lara Arruabarrena at the Ladies Championship Gstaad.

Parmentier was in danger of bowing out on day one of the clay-court event, but the seventh seed rallied to win 2-6 6-1 6-4.

The Frenchwoman, a quarter-finalist in Bucharest last year, won six games in a row to take the second set and recovered from losing the first two games of the decider to set up a meeting with Yafan Wang, who eased past Miriam Bulgaru.

Polona Hercog also got herself out of trouble to reach round two, seeing off another Romanian in the form of Elena-Gabriela Ruse 2-6 6-2 6-3.

.@ppauline86 fights back to get the win over Dulgheru!

Arruabarrena fell at the first hurdle in Gstaad, where 19-year-old Vondrousova toppled the sixth seed.

Veronika Kudermetova and Mona Barthel made it through at the expense of Jil Teichmann and Natalia Vikhlyantseva respectively.