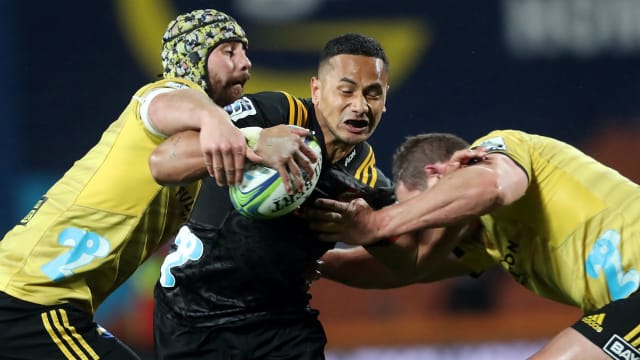 The Chiefs overcame the Hurricanes 28-24 in their final regular-season Super Rugby clash but will be visitors when the same sides meet again in next week's quarter-finals.

Twenty-three points were required for the Chiefs to leapfrog the Hurricanes into second in the New Zealand Conference and fourth in the overall table, a jump that would have seen them host their last-eight encounter.

They led 21-0 at the break thanks to tries from Brodie Retallick, Brad Weber and Solomon Alaimalo, but the Hurricanes, aided by a Jonathan Faauli red card for hitting Wes Goosen in the head with his shoulder, came storming back with four second-half tries of their own.

The 14-man Chiefs held on despite their personnel disadvantage, but will now have to repeat their efforts on the road next weekend.

Friday's only other fixture saw the Reds finish a disappointing campaign on a high, beating the league's bottom side the Sunwolves 48-27.

The Sunwolves saw Ed Quirk controversially sent off in the first half after being adjudged to have landed a punch in the act of tackling, and the Reds took full advantage, running in seven tries, including two from Eto Nabuli.