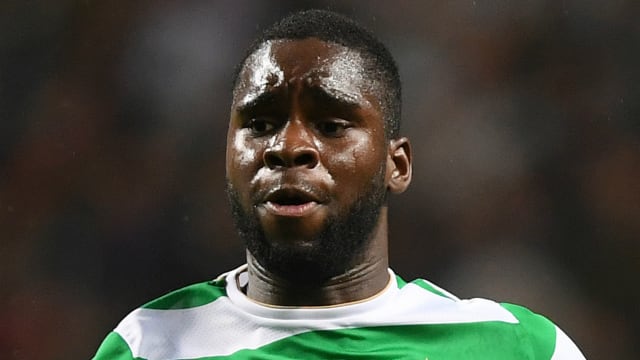 Odsonne Edouard got Celtic's Champions League qualifying campaign off to a strong start with the opening goal in a 3-0 first leg victory over Armenian champions Alashkert.

The 20-year-old forward, who agreed a four-year permanent deal with Celtic in June following a successful loan spell, struck just before half-time to give the Bhoys the lead in a contest that was less comfortable than Brendan Rodgers would have liked.

James Forrest and Callum McGregor scored in the last 10 minutes to leave the return leg in Glasgow a straightforward prospect, as Celtic aim to progress through the first of four qualifying rounds en route to the group stage.

But, in hot, draining conditions, Alashkert pushed forward and created chances of their own, testing Craig Gordon before Forrest's cross-cum-shot was side-footed into the bottom-right corner of the net by Edouard on the stroke of half-time.

Gordon had to be alert early in the second half when a defensive lapse allowed Jefferson through one on one, but the Scotland international got down to his right quickly to make the save.

The Celtic goalkeeper was given another scare in the 63rd minute when Artak Yedigaryan's dipping 25-yard strike almost whistled under the crossbar, Gordon parrying it over at the last moment.

Celtic pressed for more in the closing stages and after Scott Sinclair failed to turn Jack Hendry's header in at point-blank range the ball bounced back out to Forrest, who slotted it into the net from 10 yards.

In the last minute of regulation time, Forrest ran unchallenged along the edge of the area before poking to McGregor, whose low shot found the bottom-right corner with aplomb.